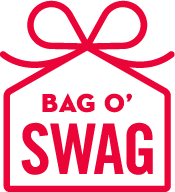 Sun and sand offer the perfect opportunity for some great family games. The key to entertaining kids at the beach is to keep them moving ~ sunbathing holds no attraction for anyone under 10! So once everyone has had their fill of sandcastles and swimming, rally the troops and try one of these games:

1) Sharks & Minnows – In the shallow waters, crown one person the shark. If children are older, blindfold the shark. The shark has to tag the minnows as they run around the shark. As each minnow is tagged, he or she becomes a member of the shark’s team and now help the shark tag the rest of the minnows.

3)Beach Ball Boogie -You need one inflatable beach ball for every team of two players. The pairs of players try to carry the ball across a finish line without using their hands. The ball can be balanced between their heads, pressed between their backs while walking backwards or set between their stomachs and crab-walked to the end.